Being subordinated is stressful. The process of one individual lowering the social rank of another often involves physical aggression, aggressive displays, and exclusion. In addition to the obvious possible costs of being subordinated (like getting beat up), subordinated individuals often undergo physiological changes to their hormonal systems and brains. Sounds pretty scary, doesn’t it? But what if some of those changes are beneficial in some ways?

Dominance hierarchies are a fact of life across the animal kingdom. In a social group, everyone can’t be dominant (otherwise, life would always be like an episode of Celebrity Apprentice, and what could possibly be more stressful than that?). Living in a social group is more peaceful and nutritive when a clear dominance hierarchy is established.

Establishing that hierarchy often involves a relatively short aggressive phase of jostling for position, followed by a longer more stable phase once everyone knows where they fall in the social group. Established dominance hierarchies are not always stable (they can change over time or from moment to moment) and they are not always linear (for example, Ben can be dominant over Chris, who is dominant over David, who is dominant over Ben). But they do generally help reduce conflict and the risk of physical injury overall. 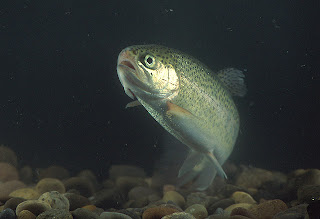 Like other salmonid fish, rainbow trout are aggressive, territorial and develop social hierarchies as juveniles. Dominant trout tend to initiate most of the aggressive acts, hog food resources, grow larger, and reproduce the most, whereas subordinate trout display less aggression, feeding, growth, and reproduction. The researchers recorded the behavior, feeding and growth rates in three groups of fish: trout housed alone, trout housed with a more subordinate trout, and trout housed with a more dominant trout. The researchers also measured cortisol (a hormone involved in stress responses), serotonin (a neurotransmitter involved in mood, the perception of food availability, and the perception of social rank, among other things) and the development of new neurons (called neurogenesis) in these same fish.

The researchers found that as expected, the dominant trout were aggressive when a pair was first placed together, but the aggression subsided after about 3 days. Also as expected, the dominant and isolated trout were bold feeders with low cortisol levels and high growth rates, whereas the subordinate trout did not feed as well, had high cortisol levels and low growth rates. Additionally, the subordinate trout had higher serotonin activity levels and less neurogenesis than the dominant or isolated trout. These results suggest that the subordination experience causes significant changes to trout brain development (Although we can’t rule out the possibility that fish with more serotonin and less neurogenesis are predisposed to be subordinate). In either case, this sounds like bad news for subordinate brains, right? Maybe it is. Or maybe the decrease in neurogenesis just reflects the decrease in overall growth rates (smaller bodies need smaller brains). Or maybe something about the development of these subordinate brains improves the chances that these individuals will survive and reproduce in their subordination. 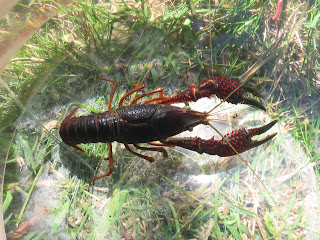 Research on dominance in crayfish by Fadi Issa, Joanne Drummond, and Don Edwards at Georgia State University and Daniel Cattaert at the University of Bordeaux helps shed light on this third possibility. Crayfish (which are actually not fish at all, but are freshwater crustaceans that look like small lobsters) form long-lasting and stable social hierarchies. If you poke a crayfish in the side, an isolated or dominant crayfish will turn towards whatever poked it and raise its posture and claws to confront it; A subordinate crayfish will do one of two maneuvers that involves lowering the posture and backing away from whatever poked it. Furthermore, dominant and subordinate crayfish have different neuronal activity patterns in response to being poked, and part of this difference involves differences in the activity of serotonergic neurons.

Want to know more? Check these out:

Fonte: The Scorpion and the Frog 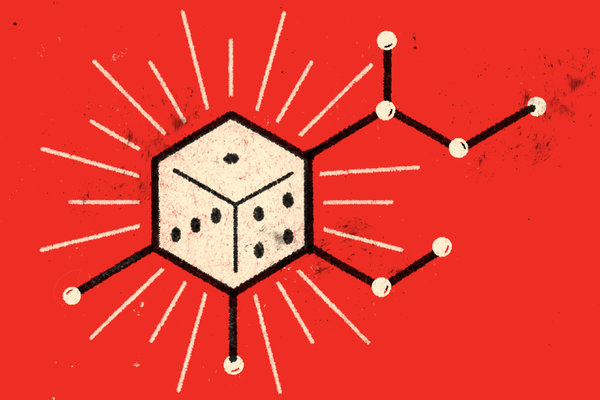 Fully 1 in 5 Americans take at least one psychiatric medication. Yet when it comes to mental health, we are facing a crisis in drug innovation.

Sure, we have many antidepressants, antipsychotics, hypnotic medications and the like. But their popularity masks two serious problems.

First, each of these drug classes is filled with “me too” drugs, which are essentially just copies of one another; we have six S.S.R.I. antidepressants that essentially do the same thing, and likewise for the 10 new atypical antipsychotic drugs.

Second, the available drugs leave a lot to be desired: patients with illnesses likeschizophrenia, major depression and bipolar disorder often fail to respond adequately to these medications or cannot tolerate their side effects.

Yet even though 25 percent of Americans suffer from a diagnosable mental illness in any year, there are few signs of innovation from the major drug makers.

After a series of failed clinical trials in which novel antidepressants and antipsychotics did little or no better than placebos, the companies seem to have concluded that developing new psychiatric drugs is too risky and too expensive. This trend was obvious at the 2011 meeting of the American Society for Clinical Pharmacology and Therapeutics, where only 13 of 300 abstracts related to psychopharmacology and none related to novel drugs. Instead, they are spending most of their research dollars on illnesses like cancer, heart disease and diabetes, which have well-defined biological markers and are easier to study than mental disorders.

To understand this predicament, it helps to know how we got here.

With rare exceptions, it is hard to think of a single truly novel psychotropic drug that has emerged in the last 30 years. True, the new psychotropic drugs are generally safer and more tolerable than older prototypes, but they are no more effective. So why has the pharmaceutical industry churned out so many copycat drugs?

The simple answer is that we don’t yet understand the fundamental cause of most psychiatric disorders, in part because the brain is uniquely difficult to study; you can’t justbiopsy the brain and analyze it. That is why scientists have had great trouble identifying new targets for psychiatric drugs.

Also, knowing how a drug works in the brain doesn’t necessarily reveal the cause of the illness. For example, just because an S.S.R.I. antidepressant increases serotonin in the brain and improves mood, that does not mean that serotonin deficiency is the cause of the disease; many depressed patients get better with medications that have no effect on serotonin.

Until very recently, scientists have relied on the same animal models to screen for potential psychotropic drugs that had been used for decades, which predictably yielded a raft of “me too” medications that shared the same mode of action as the old drugs.

Sure, this old method of drug development has produced commercially successful blockbuster drugs, like the antipsychotics Seroquel and Abilify. But soon the patents on these medicines will expire, and there is little new in the pipeline.

Perhaps, though, the pharmaceutical industry is making a mistake, running away from the brain just when things are getting interesting. Consider ketamine (known on the street as Special K), an anesthetic agent that has recently shown unusually powerful antidepressant effects.

Ketamine acts on a target in the brain where no other drug in psychiatry currently does: the NMDA receptor, which it blocks. The receptor is the site of action of glutamate, a neurotransmitter critically important in learning and memory — and, it turns out, indepression.

Several promising early studies found that depressed patients who had failed to respond to multiple antidepressants experienced rapid resolution of their symptoms within a few hours of ketamine infusion.

Unlike standard antidepressants, which typically take weeks to work, ketamine’s effect is rapid because its target, the NMDA receptor, is fast-acting. But this is a tricky biological system to modulate: too little glutamate function at this receptor can produce psychosis, and too much can kill neurons.

Whether ketamine, or a similar compound, will ultimately prove safe and effective as an antidepressant is unclear. Presently, though, the pharmaceutical industry has little taste for the long-term financial risk of discovering new psychotropic drugs.

In contrast, academic researchers, who are not beholden to shareholders, are much freer to do high-risk, high-gain experiments that can fail. Large multisite research programs like the Brain Activity Map, along with the latest gene-sequencing technology, can help identify the circuits and genes that are linked to various psychiatric disorders and find promising new targets for drugs. These discoveries, in turn, may entice the drug makers to reinvest in psychiatric drug development.

As consumers desire new treatments, they have to recognize that innovation carries risks. Drugs are approved by the Food and Drug Administration on the basis of short-term studies, so there is always limited knowledge about the long-term safety of new medications. This is particularly true for drugs that act on new targets in the brain about which relatively less is known.

But if we are to find better medical solutions for the mental illnesses that disrupt and destroy so many lives, we need to acknowledge a simple truth: there can be no innovation without financial — and medical — risk.

Dr. Richard A. Friedman is a professor of clinical psychiatry at Weill Cornell Medical College.